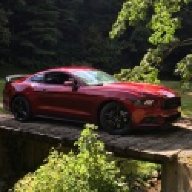 What’s best site to buy the NX2 on? And if you don’t mind me asking how much did you guys pay to get it professionally installed? Don’t think I’m going to do mine myself either 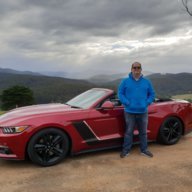 I bought mine from CP-E on last years Black Friday deal for like $1700 US (Plus shipping and import fees to Australia, not relevant for US people).

As for the install, I cant remember the exact cost but it was like 2-3 hours labour, they had installed one before mine so knew the process pretty well anyhow.
My Mustang: https://www.mustang6g.com/forums/showcase/hellman109s-2017-ecoboost-convertible-rhd.11/ 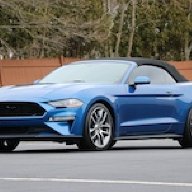 While researching the NX2, I read some posts that said there was a price increase earlier this year. Most vendors sell it for around $2400. I saw a couple that sell it for a few hundred less and I found one that has it for less than $2000. That was my incentive to buy it. The money I saved will almost cover my drag tires and wheels
2018 Lightning Blue Convertible with Premium Package - A10, Equipment Group 201A
NX2 Turbo, K&N Filter/Airaid Intake, Cobb Accessport with PD custom tune, NGK Plugs, MAP Intercooler, CVF Aluminum Intercooler pipes, MBRP catted downpipe, Turbosmart BOV, Steeda Jacking Rails, GT Grills, Ford Performance Strut Tower Brace, Ford 20" Foundry Machined Aluminum wheels wrapped with 265/35/20 Goodyear F1 tires. - Best ET - 12.30 @ 114.34, 2.05 60'.

Mine was before the price rise and black friday sale, hence so cheap.
My Mustang: https://www.mustang6g.com/forums/showcase/hellman109s-2017-ecoboost-convertible-rhd.11/ 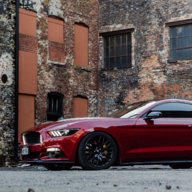 Good news! Revision #11 is my final tune, now I will get this car on the dyno to see what she really makes.

Two questions - Did you happen to have a Ford exhaust manifold socket? I've never needed one before and can't find one locally. Maybe another way to install the two studs? Also, do I really need to remove the water line support bracket (page 8)? Looking at the photo, I'm guessing I have to so they can slide out of the holes. I don't have a T-35 Torx bit and the two stores I just tried don't carry that size.

I was sitting outside waiting for the UPS driver to arrive Just had to bolts left on the turbo and then that torx bolt. Could have finished the install tonight or wrapped it up in the morning. This is putting me behind. 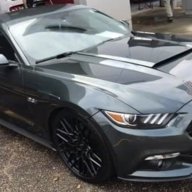 MakStang said:
OK, let me share with you guys the problem that I run into.

About 3 to 4 weeks ago, I started hearing a noise everytime on part throttle, between 3500 and 4000 rpm on gear change (either on D or S). Initially I thought it was an issue with the transmission. I took the car to a friend of mine who is a mechanic and he told me that this noise is detonation! This got me worried.

A couple of days ago, on Saturday, I took the car for a long drive, about 210km each way. An Audi started following me at 180kph (112mph), so I did a wot to show him some real muscle (lol). The Accessport was connected on the car, because I was monitoring knocks on cylilders 1 to 4 and ignition timing correction on cylinders 3 and 4. During that wot I noticed a major negative correction on cylinder 3 (-6.5). So next I decided to do a datalog while on the highway and I did another wot. At around 220kph (137mph), the car went to limp mode and the AP recorded multiple knocks on cylinder 2 and 3...

The datalog was sent to my tuner who told me that the headgasket is probably staring to go. I changed the spark plugs, just to rule them out, but I still had detonation on gear change at 3500 to 4000 rpm. Apart from this detonation, the motor feels fine, like before.

I took the car to the dealership and they will install the JE Pro Seal headgasket and ARP headstuds next week.

I believe that the stock block cannot take the extra power even of a drop-in turbo. I had a near-ecoboom experience and I was lucky enough to avoid the worst... If you want my advice, an upgraded headgasket and headstuds should at least be installed alongside the PTE or any other drop-in turbo. Although forging the engine with upgraded pistons and rods would be the ideal way to go.

However I would like to hear your ideas on the above. What could be the cause of the detonation that I hear on gear change at part throttle between 3500 and 4000 rpm? And why do I get knocks on cylinders 2 and 3? Is it really the headgasket?

I appreciate the input. Also this is the link to the datalog I referred to above:
@Juben @Glenn G
Click to expand...

My NX2 turbo arrived late yesterday afternoon so I installed it, loaded the base tune then did the first two data logs today.

It took just under two hours to put the front of the car on jack stands and remove the stock turbo. It took a little longer than that to install the new one. As I read through the installation instructions I noticed that it said - Install the provided new studs (31504 )to the new turbo using a stud installation tool. I didn’t have a stud installation tool and buying one was going to delay the project so I screwed the studs in as much as I could by hand then used one of the nuts to finish them off. Another thing was I needed a T35 Torx bit. Everything I has was around 35 but I didn’t have that one. Neither did any of the stores I went to last night. It would be used to loosen a bracket that holds the two coolant lines. I very carefully tried a T30. That worked.

A few other notes from the install -

There’s an oil drain line on the bottom of the turbo. I got it off of the stock turbo but didn’t think I’d be able to get it onto the NX2 after it was installed. The instructions say to install it after the turbo is bolted on. I ended up sliding the turbo onto the four studs then installing that line. That allowed me to move it around enough to fairly easily get the line in the bottom.

And last, I was using an Airaid intake tube. The NX2 comes with two adapters. One for the stock tube and another for what they call popular 3” intakes. The Airaid is 3.5” so neither of those would work. I installed the stock tube for now then ordered 3.5 inlet and outlet Spectre coupler. Part # 95611. It will be here tomorrow.

Sorry to hear about your experience i dont know if it can be done on 93 as i dont have 93 here its 89 or 100 on the pumps, the stock fuel system will do a glory dyno pass at 390wph without water injection, but when racing at the track the hpfp will loose pressure on gear change, if you want more power after that you are going to need aux fueling. 31 psi seems to be near the limit of what the nx2 turbo will do, after that you will get higher psi on the midrange and it will drop down to 31 psi.

I think the nx2 turbo is a great turbo for ecoboost owners that will never go forged and port injected, at the power my clients are using their cars they will outrun most bolt on GTs both on the street and the track, i do make them aware that they are very close to the engine limits and that reduced engine life is to be expected.

Thatguy said:
Last night I sent over data logs for my base tune. I received revision #1 this evening so I loaded them into the AP then went to my "testing area" to do two more 3rd gear pulls. This tune woke the car up! Looking forward to see what it's like after more revisions.
Click to expand...

lawrencecar said:
What are your HP/TQ (assuming you capture those on the AP) ?
Click to expand... 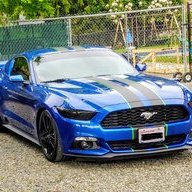 Thatguy said:
I haven't been monitoring the HP/TQ on the AP. I did for a little while but it's not accurate.
Click to expand...