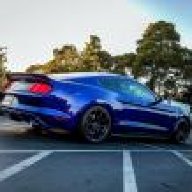 Install just like the video and you'll be able to get it the page or two back.

I keep doing that it still budges out from the bottom like the video, i cut two fingers already and still dont know how to get it to get in!

Take a quick break then come back to it. Put on the the ground or carpet so doesn't scratch then put the end on the bottom half once you have it on there put your weight on the elbow and from the inside of the coupler pull upwards and over the other side
" There is no man living who isn't capable of doing more than he thinks he can do " - HENRY FORD 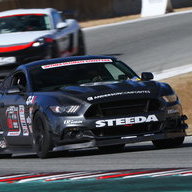 or throw the elbow in the freezer and the coupler in the oven for a few minutes.
boardkat.racing || (1)42 GT/M1/Limited/CAM-C
Build Thread || Sponsored by Steeda | Falken Tires | Department of Boost | Anderson Composites | QA1

On what temperature in the oven

a temperature less than the melting point of rubber
don't forget your heat-resistant gloves taking it out and putting it on!
boardkat.racing || (1)42 GT/M1/Limited/CAM-C
Build Thread || Sponsored by Steeda | Falken Tires | Department of Boost | Anderson Composites | QA1 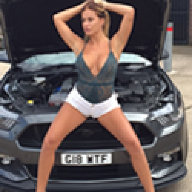 
So yesterday I finally fitted my PMAS, yes a CAI, one of the hottest debated topics on the forums, with many claiming a CAI does nothing except massively increase IAT's. That is why sometimes it is good to just sit back and let others be the guinea pigs as out of all the intakes on the market there are some happy but other showing even a drop off in performance and no increase in power. Then came along PMAS a company who seem more focused on actual engineering and improving performance rather than aesthetics and marketing. The PMAS is the only CAI that seems to have no complaints in regard to performance, all owners have noticed improvements in acceleration and throttle response and several members have done independent before/after dyno's showing 15-20BHP peak gains with larger gains lower in the rev range and other members have shown improvements in the quarter mile of a couple of tenths and 2-3mph additional terminal speed. So it seems like we have a performer.

The downsides to the PMAS is aesthetics went right out the door, it is probably the most ugly CAI on the market and the fit and finish could also be better, but its designed to function and perform, it is not something to look pretty under your hood, yes I've being Americanised.


So first of all a couple of images of my install how it is now (maf behind heatshield): You will see I have used gold heat reflective tape to try and keep temperatures down, after a 30 minute drive I can report the intake tube, maf tube and filter are still cool to the touch, whereas rest of the engine is red hot. Though the tape on the plastic PMAS tube is peeling so that might have to come off.

I originally installed with maf sensor outside heatshield, did it make any difference changing it so it was inside the heatshield, I'd say it dropped the driving IAT by around 2c, so now only 4c above ambient temp reported, so its a very minor difference, in traffic IAT's still shoot up quickly compared to stock air box, but on the flip side they also come back down far quicker once moving.

Also I have zero issues closing the hood/bonnet, it closes with no resistance so I can only assume nothing is touching at all.

So what have I noticed now the car has had a few starts and runs with this intake:

1. Cold start in sport mode, throttle is too touchy, have to put it in normal mode for first 5 minutes as throttle response is razor sharp, once warm sport is fine and smooth, not really an issue, just an observation.

2. The cars exhaust note is slightly deeper, a real traditional V8 throbbing now. Go full throttle and the car is vastly louder, the engine really roars, with windows up in the 2000-3500rpm I'd say it is actually too loud as it is really deep tone, with the windows slightly down it sounds pretty awesome. At cruise it sounds no different than stock, no drone, no buzz. In a perfect world I'd like a little less intake volume than I have now, I can only see this being achieved by PMAS offering a carbon fibre version of their intake tube.

3. Throttle response, now bear in mind my setup was front grill opened up, velossa big mouth, panel filter, airaid modular intake tube, so I had perfected the stock intake setup. Well there is still a further improvement in throttle response, so over a complete stock setup people would really notice this as a drastic improvement over the stock car.

4. Power: 1000-3000rpm the car seems to have even more torque, it will really pickup down low, I am running a JDM tune and I have the "no tune" PMAS so no tune adjustments were made, I went this way simply for ease and because JDM charge for tune updates. But the car picks up better and pulls harder for sure, not quite to the impact the original tune gave (30HP peak gain from JDM tune), but very close so there must be a good 40-50lb/ft addition low down torque now compared to stock. The car pulls hard and fast right upto the 7500rpm rev limiter, does it feel faster up top, really hard to tell, certainly does not feel slower and the acceleration even in 5th sends the speedo round quickly.

5. Dyno: Once I have a few more runs on the intake and Ford have 100% fixed my minor oil leak the car will go on the dyno to compare against its last run which was stock intake with panel filter, airaid MIT and JDM tune. So the only change is the PMAS, no tune adjustments made, so will be interested to see if there is any change from the previous dyno run. So I will hit the dyno in around a weeks time and the PMAS would of being on the car for close to 200-300 miles then so plenty of time to adapt etc.

6. Updates / Modifications: I have the GT 350 RAM air scoop on the way from JDM, this will connect the stock bumper ducting to the PMAS air box, if need be I shall open up the hole in the PMAS air box more to match the GT 350 duct if it is larger, this will case a RAM air effect and should also increase flow further. 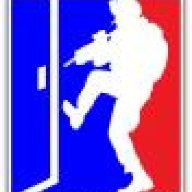 FWIW, PMAS lost flow using any type of ducting in front of the box and they advise against it.
Just your local GM guy trying out something new.

Gibbo 90% of your post was fairly unecessary. Its pretty match the same stuff youve been saying. Other then you threw in some back handed compliments. Also its a damn open element intake. They make noise even the unnecessary carbon fiber ones. You have some unrealistic expectations. Just my observation

Dev hes been told about the duct multiple times. He is still hung up on iat. Even after the sensor has been shown to not be 100% accurate

On a cold start my car still showedon't 9 degrees over ambient temperature Witch leaded me to beleive it's not fully accurate. Don't really matter to me since multiple times I've read flow outweighs cold air.
" There is no man living who isn't capable of doing more than he thinks he can do " - HENRY FORD

mustang_guy said:
Gibbo 90% of your post was fairly unecessary. Its pretty match the same stuff youve been saying. Other then you threw in some back handed compliments. Also its a damn open element intake. They make noise even the unnecessary carbon fiber ones. You have some unrealistic expectations. Just my observation

Dev hes been told about the duct multiple times. He is still hung up on iat. Even after the sensor has been shown to not be 100% accurate
Click to expand...


Difference is now I am posting from actual experience and owning the intake, I enjoyed typing it, am sure others will enjoy reading it.

No offense to anyone, but after reading comments in this thread for a while, I gotta ask if this intake is really as difficult and complicated as it seems. I keep seeing complaints about it arriving with parts missing or defective parts or parts that break during install...unclear install instructions, improper IAT readings, how to angle the MAF, etc. I was interested in it a while ago but then started reading all the negative feedback. I have an Airaid that gave me no problems at all with install and operation. I would love to try out the PMAS NT. But I'm a bit skeptical at this point. And a bit paranoid as there were too many times in the past where I read a few negative reviews, ignored them, bought the product anyway, and ended up screwed. So can someone tell me if it really is as complicated as people are making it out to be (for an intake) or are people just kinda making it out to be more than it is? For what it's worth, it does seem that a LOT of people are having no issues at all with it and it is operation very well in those cases. I'm tempted...

no its not complicated. mine was on in 15 minutes

MyFirst5.0 said:
no its not complicated. mine was on in 15 minutes
Click to expand...

Yea because I'm thinking there is no way a cai can be that difficult.

Always gotta keep in mind.. for every 1 person with an issue there are 50 without. You just don't hear from the people without problems. Goes for lots of things.. You know the old saying.. no news is good news. lol. I'm also pretty sure that every single person that has had an issue has been taken care of.
2013 GT Premium M6 Track Pack Recaro Black.
Advertisement
You must log in or register to reply here.
Share:
Facebook Twitter Reddit WhatsApp Email Link