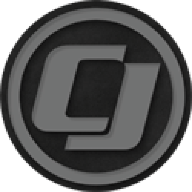 Vehicle(s)
A large variety of Mustangs across all generations

Pair of Baer Brakes 13" Eradispeed-Plus 2-Piece Rear Brake Rotors for all 2015, 2016 and 2017 EcoBoost Mustangs equipped with the Performance Pack and all GT Mustangs.

We are proud to offer you the opportunity to install a truly race-inspired upgrade to your 2015-2017 EcoBoost Mustang equipped with the Performance Pack or GT Mustang that is typically only found in very expensive big brake kits or on rare exotic vehicles!

This pair of 13” Baer Brakes Eradispeed-Plus 2-Piece Rear Brake Rotors (P/N: 2262023) is a direct replacement for all 2015-2017 EcoBoost Mustangs that are outfitted with the Performance Pack or GT Mustang. They are designed to work seamlessly with the factory single piston caliper and brake pads that come equipped from the factory. These 13" rotors feature a drilled and slotted design for added braking performance along with directional vanes. The 2-Piece construction utilizes an anodized black 6061-T6 aluminum center hat that is bolted to the rotor ring, allowing for a major decrease in rotational mass.

We all know the thrill that comes with upgrading your Mustang’s power and performance so it’s the loudest and fastest on the block. Who doesn’t like that classic engine rev and the thrill of racing down the open road? While this excitement makes for the ultimate driving experience, it’s important that you stay safe behind the wheel. When upgrading your engine, it’s vital to ensure that your brakes have the power to stop it.

Order this pair of 13" Baer Brakes Eradispeed-Plus 2-Piece Rear Brake Rotors for your 2015, 2016 or 2017 EcoBoost Mustang that is equipped with the Performance Pack or GT Mustang from CJ Pony Parts today!