I purchased this car a little over a year ago. I purposely purchased it to boost it. The original intent was a Whipple, but then wanted to put a turbo in it, but since no kits existed at the time and none exist today that I'm interested in...Whipple it is!

I watched a local Whipple car go 140+ and that sold me. I watched it run on a Saturday and I purchased on a Tuesday. Here's what I purchased.

Code:
I started tearing the car apart the 22nd. I've been working 0-8 hours per day since taking my time. Here are a few pics http://imgur.com/a/L1mXg

The crank gear and OPG weren't anywhere near as bad as I thought they'd be. I did re-time incorrectly, but was able to correct it with ease. I wouldn't hesitate to do another set having done one now.

The Whipple install instructions are nice, but they could be better. There is inconsistency in writing style. Photos often show steps that aren't done yet, but are done in the following steps. Photos may include parts that don't look like the parts in the kit (e.g. black fittings in the photos and bare aluminum fittings in the kit). If you're a monkey see, monkey do kind of person, you're looking at these pictures as more authoritative and they can't be. In regards to the inconsistencies that I mentioned earlier, some steps call out the part number of a hose or something, others do not. It'd be ideal if they called out these part numbers across everything. Speaking of part numbers, not every bag is labeled. The bags that are labeled are great, you know exactly what's in the bag, you know what the bag is for. The bags that aren't, you don't necessarily know what the bag is for.

If I had to do it over again, I'd have gotten the Stage 2 complete kit. It'd have cost more, but I like the enclosed air box. The complete kits come with IAT2 (I'm told you can purchase these through VMP or Lethal), and spark plugs. Also, the instructions are very much written for the complete kit, and only call out the differences of the tuner kit. It'd have read/flowed better installing a complete kit.

I want to say thanks to a few people who made this happen.

First and foremost Jay @jayman33 at Hypermotive. Even deployed, he promptly replied to all my PM's and facilitated the sale of all these parts. I could not have been happier with the quality of service from Hypermotive and will continue to buy as much as I'm able to from them.

For all things Ford parts, Benny @LevittownFordSuperCenter was incredibly prompt in responses, great pricing. Like Jay, I couldn't have been happier and will continue to order Ford parts from him when able.

The local car that went 140+, @Reds197 . His car is the reason I purchased a Whipple. He has been an open book on the combo that exists on the car hiding nothing. This is his 4th Mustang, first Whipple, so he's been there, done that and got the t-shirt. He's been there through the install with guidance since this car imitates his loosely.

And finally @phunk . His car has also been an inspiration and his fuel system was a primary driver for purchasing a Whipple. I love the fit & finish of the Whipple kit and his fuel system continues that OEM look. While I've not received the kit, I've seen photos of my kit, and I spoke with him a lot in the last couple of days. I'll update this post once it arrives on Thursday with my initial impressions, install impressions and anything I might run into.

A final note. Please don't PM me asking about pricing. Contact these vendors and I'm confident that they'll take care of you as well as they took care of me. Never once did I purchase a component because it was cheaper than another component. I did not skimp. Right now I have no regrets, there is nothing about this build that has made me say "I wish I would have done X differently." 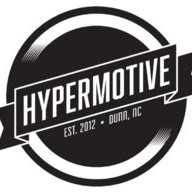 Feels like a long time, but in reality, not so much. Soon! Work will pick up here shortly so trying to get it finished before I'm away for 4+ weeks.
2015 Mustang

Thanks for pushing me to finally finish the fuel system kit at the product level. I look forward to your feedback. 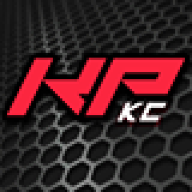 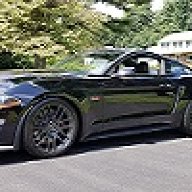 Should be a killer build! Keep us posted.
OP


I've got a lift. Is it really that bad? I'm more concerned with trying to get the ARH collectors to connect to my MBRP catback.
2015 Mustang

Stage_3 said:
Should be a killer build! Keep us posted.
Click to expand...

Will do. Waiting on Ken B for a start up tune to start/idle so I can check for leaks.
2015 Mustang

phunk said:
Thanks for pushing me to finally finish the fuel system kit at the product level. I look forward to your feedback.

Youve got a supercar conversion in progress here. Its a lot of fun!
Click to expand...

Glad to be a part of something great.
2015 Mustang

All good with WP pulley in the kit. See no reason why it couldn't fire tonight.

Also go Fuel system from Phunk and 4" pulley from Whipple. Ken B got me a tune this AM to start it up and idle to check for leaks with factory fuel system + ID1300's.

gsxr1300 said:
What fuel are you planning to use?
Click to expand...

Also. Fired right up today. Put Ken's tune in it. High idle was ~1750, but calmed down to 750. Will continue to check for leaks tomorrow, but plan on putting fuel system on it tomorrow and going from there. Headers this weekend if I'm lucky. Suspension components next week as time allows.
2015 Mustang 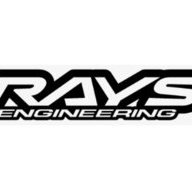