Mustang GT vs ... (Post whatever you've raced and how it went) 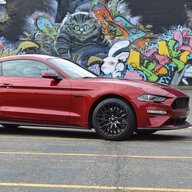 Not really a vs but I think worth posting. More of a near miss at least for me. Driving to shoot some arrows (waaaay cheaper than bullets!) and on the way, I go through a 2 lane round about. Person in front of my driving a slightly aged Nissan Titan is going maybe 2mph through it. I wait till we get through the round about and change lanes to at least get to the 35mph speed limit. As I do so, they has their truck, I continue to drive like I do no caring if they race off or not but I’m still pulling away while they start spinning their tires. Luckily I got out front enough so when they lost control and went through my lane to go off the road, they didn’t hit me. They ended up smacking someone’s house turned business patio and came to a stop facing the wrong way. Zero ef’s given, I kept on driving. Drove the same route back and saw the evidence but they were gone. Guessing they drove off hoping to get away without paying the damages. The wife said I should have stopped but I argued they likely would have tried to blame it all on me for their crappy driving. Now if I had the dash cams I continue to put off getting, I would have stopped to make sure they got stuck with paying for their damages. But for all I know that could have happened anyway.
Advertisement
Mods: MP Concepts upper and lower grilles. Accelatec Deck Lid. Roush X Pipe. Drop in AFE filter. Ronin drain valve. GT350 Steering Wheel. Barton Reverse Lockout Collar. White Madness Shift Knob. JLT Oil Catch Can. Steeda axle backs. Fill with 92. Daily driven. Use winter and summer tires/wheels. Full synthetic Royal Purple every 5k miles. 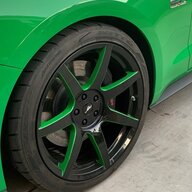 Was heading home from Mexico today and passed a widebody Challenger Redeye. For some reason my nonchalant roll past him at 4mph meant I wanted to race. He finally got through traffic and floored it.. He was gaining fast and probably doing about 30 at WOT when I floored it. Put a car on him but didn't get much further in front of him up to about 100mph. Would have been worse if he didn't have the jump. 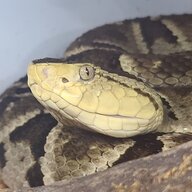 Didn't end up being so much a race. But I was making a right on a major road in Miami, 3 lanes, a 6th generation camaro SS with aftermarket went by right before I turned, he was driving slow not looking for anything so I just passed him casually in track mode exhaust and I get to a red light without noticing a Tesla Model Y Performance on the right most lane with a car between us in the middle lane. I leave on green with medium throttle and by the time I realized what happened he had floored it and I didn't feel like trying to start another race since I missed the first so I just ended up getting behind him as we headed into more traffic. All of a sudden, after the next light goes green an s197 GT come up in another lane, a BMW M5 pulls up behind me driving aggressively with pops and crackles on the exhaust and even an orange C8 corvette came up beside me and the Tesla and Camaro from earlier still close by. So all of a sudden it was just a mash up of fast cars all cruising through slow traffic together for a good stretch and giving little revs and pulls to each other. Fun and funny experience.
2020 Rapid Red Mustang GT Premium 401A - 10R80 - PP1

SnakeMaster16 said:
So all of a sudden it was just a mash up of fast cars all cruising through slow traffic together for a good stretch and giving little revs and pulls to each other. Fun and funny experience.
Click to expand...

I love it when people aren't douche bags about it. Sounds like a fun run. There's always someone faster, no need to be salty!

Then I did a 2nd gear start at like 6k rpms. I started to pull, he caught me on my grandma 2-3 shift, then it was over after I hit 3rd. 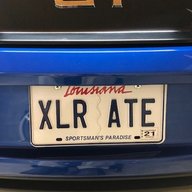 To keep this thread going, in the past 4 weeks:

Looked like a very new Orange 392 Charger - he could not have known I was supercharged.

A few weeks later, another 392, dark gray, near new, with out of State plates - he could not have know I was supercharged.

1 - 2 year old Chevy truck with I am guessing was a 6.2 V-8, because it was pretty fast. He had a hard running start from behind me before I realized what was going on - he could not have know I was supercharged.

I know a -1- is coming, but hasn't happened yet.
Procharger Stage II with P1X
Injector Dynamics 1050X
Thermal R&D Axle Back
Tune provided by Wengerd Performance and Tuning 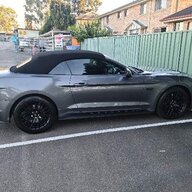 Tried the Stinger on my dragy timing device , the Mustang has a built in timer so gonna give that ago. Time to beat 4.86 secs (0-62)

Observations after owning the 'Stang: no wants to race it whereas the Stinger seems to provoke all and sundry. 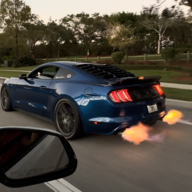 It was relatively close, but my mustang pulled on him and kept pulling once we got past 100.
17 Mustang GT / 6spd Manual
Lightning Blue / A300 base 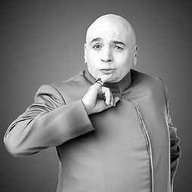 Were just having fun with friends. 40 roll against stock Scat pack charger.