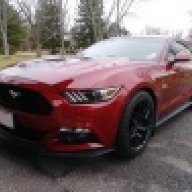 Anyone else have any other suggestions for the MT-82? My 2nd gear still some times refuses to go in when cold. It feels like it's in gear, but then nothing but free wheeling and grinding because the sycnro won't engage.

I'm already running BG SyncroShiftII, which helped overall smoothness dramatically and for a while appeared to cure the 2nd gear not engaging issue, but I'm not at 20k (BG went in around 10kish) and the issue is back, but only when cold

I'm wondering if anyone has used BG's friction modifiers with their fluid. I also have a steeda short throw and ford performance aluminum arm bushings, so the shifter action is quite good and precise now. It's just that darn 2nd gear doesn't always want to go in when cold, mostly when shifting down from 3rd to 2nd. But some times also on the up from 1st to 2nd.

The only other trans fluid I have seen recommended for the mt-82 is: Motul Multi DCTF

rr17 said:
The only other trans fluid I have seen recommended for the mt-82 is: Motul Multi DCTF
Click to expand...

I’m running Motul Multi DCTF in my MT-82.
It’s worth trying, you will notice an improvement.
Motul lists the latest Ford MT-82 fluid spec.
BGSSII is great stuff, that’s all we used to use for many years.
Advertisement
You must log in or register to reply here.
Share:
Facebook Twitter Reddit WhatsApp Email Link