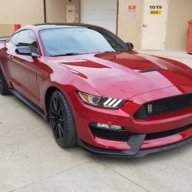 Looking into a few options for boost. I know I want to go turbo but who.. I know fat house is doing amazing stuff and that price damn. I have seen lately boostworks seems to be back in the game with all the builds they are doing. I have seen a lot of bashing on boostworks but would like to hear both sides. Has anyone had anything good come from boostworks
2017 GT350 full bolt on. E85 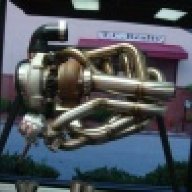 Hellion street sleeper if you want an affordable, easy to install kit. If you want to spend more for a kit with manifolds go with Aldowelds 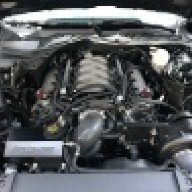 Vehicle(s)
Anything with wheels

You have to wait for a white van without windows to pick you and take you to the shop when you get work done by BW. You also get a free video with kit purchase.
2017 GT Blk/Blk Auto- F1A E85 Monster- [email protected] #RealStreetCar 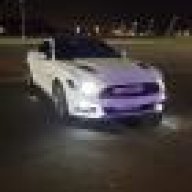 Boostworks is a joke if you dont live near their shop. you'll wait 5+ months and have zero contact with them. They dont even have a shop anymore. Witch they really never answered anyway. Not only do you wait that long but when they finally ship the kit it will mostly not be complete.

My friend @pro 5.0 was told 2-3 weeks it took over 5 months and was nothing but a nightmare.

@3beeps was told 2-3 weeks waited way longer. He also paid for the extra for the comp turbos. When they were not available he ask for precision witch were 750 cheaper. Well he never got a refunded for the 750. It was not his fault Travis could not get the comps at the time. Now mind you this was well after the 2-3 week time frame that he was told.

I sent my brand new 17 f150 for a twin turbo kit. I paid to have it shipped from Jersey to Texas. Travis told me he would need the truck for 2 months. Well after 2 months the truck was not even touched. I told him I want the truck back and then Travis started making a bunch of promises (that he never delivered on) so I gave him the benefit of the doubt. Well let's just say it took over 6months till I got the truck back. It leaked a decent amount of oil on my brand new drive. They never tightened the back of the passenger vavle cover down. Travis said "sorry mistakes happen were only human". I paid for a brand new Ngauge and he gave me his used one from his 2012 f150.
The whole experience was a told nightmare.

Travis promised 2-3 week to 2-4 week time frames to just about everyone on this fourm. I dont think one person got a complete kit in or even near the time they were told.

Look up what Travis got locked up for just one more reason to not deal with boostworks. DO YOUSELF A FAVOR AND STAY AWAY.