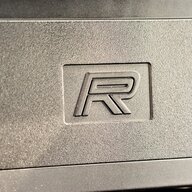 Burnin4 said:
The dragstrip is fun because it returns definitive results. There are a lot of factors that go into et & mph, but I have fun establishing a baseline for the cars performance when they are bone stock and modified. I went 12.3'[email protected] in my 12 Boss and 12.1'[email protected] in my 17 350, both bone stock, I'd be shocked if the 18's go quicker then that, at least the manuals.
Click to expand...

Don't get me wrong as you are doing pretty much the same with the GT350 as some of my generation did back in the late 60's with the Boss 302's and the Camaro Z28's.

All of us knew back then that the '67 Camaro Z28 and the '69 Boss 302 cars were more at home on a SCCA road course than at the drag strip based on poor low end torque from these high revving 302's but that didn't stop us from heading to the strip with these road course based cars.

Mike knew that his Z28 was more of a road course car that a quarter mile terror but still wanted to race it in a straight line and had a lot of fun doing so.

Last time that I was at his place his '68 Z28 was still parked in his garage in Mission with his cat sitting on the roof of his car and parked right beside the Z28 was his White '97 Acura Integra Type R that he also bought brand new.

I have not talked to Mike for some time and hope that he is well and still has a couple of these great cars in his garage.

Getting back to your GT350 keep us all posted as to what progress you make going forward with respect to your quarter mile adventures as it will be fun to watch!!

I would recommend tracking your performance gains with 60-130 MPH times, not 1/4 mile drag strip times. 60-130 is going to be a better metric of horsepower than 1/4 mile drag strip. There's entire web sites (ok, maybe entire sub-forums) dedicated to measuring and discussing 60-130 results. This is what the big horsepower cars use to measure performance and gains. The next step up from 60-130 is 100-150 MPH. But very few people are willing to attempt a 100-150 MPH run and very few places safe enough to do it. So people end up falling back to 60-130 because it's pretty easy to squeeze one out without risking too much.

I think there's a few hundred 60-130 entries at 6speed. I've seen them listed on other Mustang forums, GTR forums, Porsche forums, BMW forums, ... you get the point. I'd call it the defacto standard measurement on higher performance cars.

A vBox would be necessary though.
OP
OP

Exactly. No dragstrip car for sure which makes it challenging to get it rolling , especially on the stock tires. I don't plan on any frequent stops at the dragstrip as I've done my time there. I just want to see given a proper sprayed track what mine will trap. I've seen many Hellcats trap 122-123 which I will get I'm sure. I've stuck side by side with 2 and 1 has put 3 between us to 140 on an even start. I found it interesting that a car that has that much power can be matched at least to the 140 mark by a Na mustang . After that I'm sure it's goodbye but have never tried 5th . Don't plan to either.
You must log in or register to reply here.
Share:
Facebook Twitter Reddit WhatsApp Email Link