The base engine will now be an efficient 3.3-liter V6 that adds dual port and direct-injection technology to deliver more power and torque than the 3.5-liter V6 it replaces. It will produce 290 horsepower, a gain of eight horsepower over the previous powerplant. It will generate 265 pound-feet of torque, an increase of 12.

Ford said the engine will get better fuel economy than the one it replaces. But the automaker did not release the engine’s Environmental Protection Agency fuel economy ratings.

The next option is a new, second-generation 2.7-liter EcoBoost – turbocharged – engine that produces 325 horsepower, the same as the previous version. But torque jumps by 25 pound-feet to 400. The engine will be paired to a new 10-speed automatic transmission. 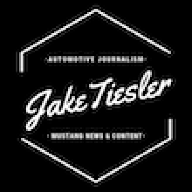 I feel like it's at least going to gain 15hp to make it an even 450. But then at that point you would think they would at least try to match or top the Camaro at 455 or more. So we'll see.

Not surprised, I can't imagine it will be a big bump in power.

I remember a few years ago everyone was speculating the S550 power to be in the 470+ range, but it turned out to be 435 just a small bump from the Gen I. Same thing will be here also, another small bump. 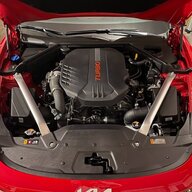 The problem is they have to figure out how to bump horsepower without sacrificing mpg.

S7N said:
The problem is they have to figure out how to bump horsepower without sacrificing mpg.
Click to expand...

Well this time around, the higher compression and DI will surely help with efficiency and thus MPGs and power. If they were just increasing power with everything else staying the same, I would agree with you. But I don't think Ford will have an issue with raising both MPG and power out of this type of upgrade.

Have you seen the dyno graph of a Gen II Coyote with the OEM manifold? Power peaks at ~6500 and then drops from there to the 7000 limit. I don't see how revving it out to 7500 is going to improve peak power unless they drastically change the cams and/or intake manifold to be more like the short runner GT350 or Boss/CJ.
Advertisement
You must log in or register to reply here.
Share:
Facebook Twitter Reddit WhatsApp Email Link