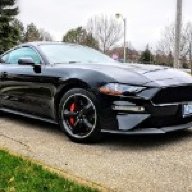 I've been driving with the back seats down as well fyi ... might be a contributing factor.
2020 Mustang Bullitt, the "classy" Mustang
OP
OP

Was kind of interesting, exactly how I expected it to go with a twist.

They had me do a drive with the "shop foreman" in the car to replicate the smell, which I easily did. Then.. the twist! The "shop foreman" announces he has a sinus infection and can't smell anything. I wondered aloud to the service advisor when I got back why they thought it was prudent to put me in the car with someone with a sinus infection to diagnose a smell. This ended up being reported back as "customer came in frustrated." In fact, I didn't... I left frustrated at their stupidity.

So the service advisor calls me back in 3 days after saying it would be the next day (expected), states that he went on the test drive and did in fact smell it but it was "faint" and he "couldn't be sure." This translated into them officially marking the paperwork as they could not replicate the issue. So their words don't match between what they say and what they write, which was again expected. I pointed this out, the service advisor then chooses to personally attack me saying I came in aggressive (by agreeing over the phone to replicate the issue as not a problem, not asking for a loaner, saying they can keep the car as I have another etc... obviously it was me... but either way what kind of POS manager lets their customer advocates personally attack others based on perception of their personality?! Garbage, that's what kind. San Tan Ford).

So they tell me they will have the dealership manager call me last Monday. It is now a week later, no calls. I'll escalate to Ford, put maybe 30 mins more effort into this, and then decide to sell the car and go back to BMWs where I belong and where they know how to treat customers. My biggest issue is actually how the dealer treated me in this particular instance, there was absolutely no need to personally attack me when they screwed this all up from the beginning. That is completely uncalled for. Along the whole process I kept asking could you do this, could you try that... and I kept hearing no, no, no. They were unwilling to help, completely willing to discriminate against me personally and provide horrible service.
@FordService 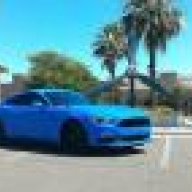 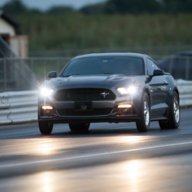 Totally normal after a hard run. If you think your car is 100% sealed from outside air your delirious. It is always getting small amounts of exhaust gas inside, you just don't notice due to the lack of smell from the converters working normally. Their efficiency goes to crap under load and the exhaust gas doesn't get burned as clean.
[sigpic]24577[/sigpic]Parted out, now just trolling 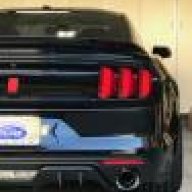 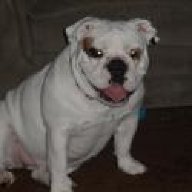 I dont get a smell upon wot runs. Aem filter, mishi tube, sw catback. No tune.:shrug:

Wonder if a tune is the common factor here ... maybe running a bit rich up top for safety's sake??
2020 Mustang Bullitt, the "classy" Mustang

Mustang_Lou said:
Wonder if a tune is the common factor here ... maybe running a bit rich up top for safety's sake??
Click to expand...

Mine did it since new, stock. then tuned still did, then got rid of kitties and WHOA! bam muscle in your face. lol

Depends on your regional gas too. All the additives and different crap makes for different byproducts.

I don't think anyone believes their vehicle is sealed from outside air, I mean my car has windows and doors and a fresh air setting on the AC system so this isn't groundbreaking information.

I value all of your opinions, but please pay attention to details rather than argue a situation that isn't relevant to the one I'm discussing.

No, you made up a scenario that’s irrelevant to the discussion and you’d like to pretend you’ve given valid information. I was politely trying to point out that you were missing very key components of your response, but you still can’t seem to get that so let’s just stop here since I can explain this to you until I’m blue in the face, but I can’t understand it for you.

At any rate, I seem to have a resolution! After no contact from the service advisor (Jesus at San Tan Ford) who assured me he wanted to get me taken care of and was totally on my side (lmfao). No call from the “manager” that Jesus assured would call me last Monday, then Friday, then... we’ll, you get the idea. And NO RESPONSE from [MENTION=7992]FordService[/MENTION] I took care of it.

Traded my foul smelling health hazard sloppy handling grabby brakes GTPP for a Camaro 1LE that open-mouth shits down the Mustangs throat in every conceivable way. Ford sucks, and these cars are only good if you haven’t driven the clearly better competition. TR6060, eLSD, front and rear Brembo (painted the same color too you cheap asses!) magnetic shocks and Recaros for the same money as a GT Premium with PP. Buying a Ford was one of the worst decisions I’ve ever made as they don’t care a bit about their customers... but lesson learned, and I’m planning to teach my learnings to thousands more

Well I guess i'll have to take mine in. Was hoping u would get resolution. Maybe i'll try Earnhardts where i bought it. You will enjoy the Camaro, I loved my 10 2SS/RS.
[sigpic]30591[/sigpic]
17 GT Premium
2 Harleys and a 'hoe

Good luck with the new camaro. I was looking at getting a v6 1le before my gt, but outward visibility is a must in Dallas ft worth.
OP
OP

chipmaker said:
Well I guess i'll have to take mine in. Was hoping u would get resolution. Maybe i'll try Earnhardts where i bought it. You will enjoy the Camaro, I loved my 10 2SS/RS.
Click to expand...

I would avoid SanTan for servicing at all costs. Just to be clear, the sales team was fantastic but they simply do not care about customers after.

Not sure if I ever posted about it, but I had a windshield replaced after the car was about three weeks old (ricks, it’s an AZ thing) and they put the wipers back on wrong which I found out about during a monsoon downpour at about 70MPH. Wipers would turn, and scrape the underside of the hood and destroy the wiper arms. Clearly their fault, the tech who messed my new car up actually insulted me with his manager there to no reprimand and they never fully corrected it. I’m all about second chances, they got theirs and completely solidified my opinion of them from the last time.