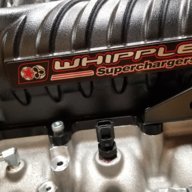 jrsimon27 said:
What brand of opg did you have?
Click to expand...

Thanks for the update and good look with the upcoming install. Let us know those results.

Dropping that gear wouldn't strain it anywhere close to its plastic deformation range, wouldn't even be on the chart. You'd have to put it in a press and squish it in a very controlled manner. What's infinitely more likely is they were machined incorrectly and not QC'd before they went out the door.

That's what happened with the billet crank signal wheel I got from them, which fortunately for me was SO poorly machined that it wouldn't even go on the end of the crank. That got me mic'ing everything and found it was so uneven in thickness that it would have induced flywheel runout around 10x the allowable tolerance. With a brand new Tilton clutch and chromoly flywheel, not to mention the Tremec MXL behind it, that's completely out of the question.

They refunded my money without a fight.

Given that experience, this one here, and several other notable failures elsewhere, I have no confidence in anything MMR does. 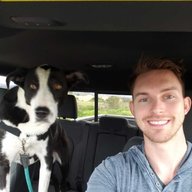 WildHorse said:
Hence nothing wrong with the stock ones. Also, watch the timing marks on AFTERMARKET gears, they can be up to a couple teeth out causing all kinds of havoc. But these companies go by: built it, convince the sheep they need it, and to hell with measure twice cut once.
Click to expand...

I dont suppose you saw where i posted my boundary opg was marked 2 teeth incorrectly did ya? Glad i caught it. Can't believe the lack of quality control they have if i could tell it was 11 teeth from the keyway instead of 13 and they couldnt. Smh 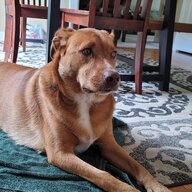 Adamone92 said:
I dont suppose you saw where i posted my boundary opg was marked 2 teeth incorrectly did ya? Glad i caught it. Can't believe the lack of quality control they have if i could tell it was 11 teeth from the keyway instead of 13 and they couldnt. Smh
Click to expand...

Gimme a minute, its been a minute. Here are some pics though. My green mark is where i marked it to match my stock crank sprocket. As a headnote, my car was out of time, as shown by logs, when using the boundary marks. After i marked it myself and tested, everything was perfect. All timing procedures were followed per the manual, and the other colored link is on the corresponding mark, but for simplicity here are 2 photos showing the marks on the cs. Ill try to link where i posted it shortly. Just my opinion FWIW,
Optical Comparator w/DRO for checking OPG gear sets. I understand most don't have access to that sort of equipment but it's takes a bunch of error out of measuring.
Last edited: Jan 3, 2021
Advertisement
You must log in or register to reply here.
Share:
Facebook Twitter Reddit WhatsApp Email Link