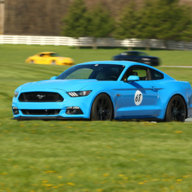 The chassis is trying to rotate around the wheel, under acceleration.

Intrigued by this option but a little worried about NVH as I have BMRs Delrin sub-frame bushings (which i really like). I'm thinking the combination of the two would be pretty harsh. Anyone running the Delrin/spherical LCA combo?
2015 GT PP 6MT
Handling by Steeda, BMR, Ford Racing, Boomba and MM.
Rolling stock by OZ Racing and Michelin
Audio by Borla S-Type

That is exactly what I have.

DAVECS1 said:
That is exactly what I have.
Click to expand...

Factual but not that helpful. What do you think? How is the NVH? Worth any trade-offs? 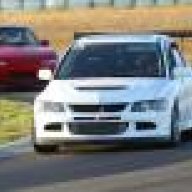 MtnBiker said:
Factual but not that helpful. What do you think? How is the NVH? Worth any trade-offs?

While the car handled well it was kind of overkill looking back.

On my 350 I have the BMR sways , BMR cradle lockout, BMR toe rods and vertical links. IMO it's plenty for the street and track. Unless I was doing all out racing and stripping the car I wouldn't go any further.

Well if you read this post and the one I linked to it, you will find your information. 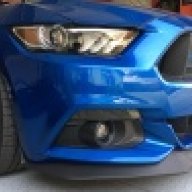 [MENTION=21494]wildcatgoal[/MENTION], do you remember what damper adjustments you used with your Ultralight Linear springs? I must say I'm very impressed with your car and your build thread, it was one of the factors that ultimately influenced my build.
I'm currently running Steeda's Ultralight Linear springs, Pro Action adjustables, Steeda's bumpstops and billet rear mounts, BMR's LCA bearing and CB005 kit, and finally FP toe/knuckle bearings. Overall performance and feel is absolutely night and day, but I can't shake the excessive bouncy fore/aft rocking feel and it's starting to drive me nuts as a DD on rough roads. I've tried just about every F/R combination of damping adjustment, but perhaps I'm missing something obvious? Thanks!

I also notice that you found upgraded vertical links to help. Sounds like that's next on the list.

wildcatgoal said:
I experienced the same. Glad I wasn't the only one, because every one of the companies that make these state "no NVH or very little NVH" which is... I've stopped believing that, haha. I think this qualifies as the "H" part. Every car is different, I suppose. I had to adjust my rear shocks a few times until I was happy. Perhaps this is to be expected or I'm just "feeling things", but I also had to adjust my front shocks seemingly to "match up". And what got it just right was when I changed from spherical to delrin vertical links, which kept everybody tight but tamed the back end just enough. I think I'll miss the sphericals in extreme situations but I have to develop a package that works for me. All part of the experiment...
Click to expand...

Do me a favor and go full soft up front and full hard in the back. Drive a while. Then switch entirely the opposite. I learned the most about the shock adjustments and the effect doing that. Then adjust toward the middle in .25 increments from whichever setup you liked most.

Nowadays, more than a vertical link change, I recommend Steeda's rear shock mounts. Those eliminated all undesirable bounciness from my rear suspension well beyond any vertical link's effect. Just what I learned as time went on and new debt was created with new part purchases. . Going to Steeda's links did make an appreciable difference but I suspect had I gone to the rear shock mounts first, I would have noticed more benefit.

With Steeda Ultralite springs, you're biasing toward a level car vs a forward rack which puts more vehicle weight in the rear overall. Great for a road course.

With my car, I think I settled at 1.75 up front and 1.5 in the rear of I remember right. But do the experiment yourself - we probably don't have the same parts, roads, or tolerances.

Good idea, I haven't taken F/R damping to opposite extremes, I'll see if that makes a difference. Right now it feels like the front and rear are fighting one another so everything is on the table to fix it.

Have you had remaining bushings "clocked" - or unbolted and retorqued with weight? Doing that helped my car, as well. Often forgotten is the front-most (upper) control arm at the front of the vehicle and I also had the front rear (lower) control arm done, too, even though I think that is a bearing. Both shifted and after that the car felt more stable.

Agreed, I had that done by a local reputable shop after installing everything since it was a pita to access with a torque wrench on my race ramps.

I had a great conversation with Mike at Steeda yesterday and I'm checking a couple of things per his request. I'm remaining intentionally vague for the time being since I certainly don't want to spread misinformation or misrepresent products from any of our fantastic vendors.

Jmart said:
Agreed, I had that done by a local reputable shop after installing everything since it was a pita to access with a torque wrench on my race ramps.

I had a great conversation with Mike at Steeda yesterday and I'm checking a couple of things per his request. I'm remaining intentionally vague for the time being since I certainly don't want to spread misinformation or misrepresent products from any of our fantastic vendors.

Long story short, we have a couple of ideas and I'll report back once all is sorted out.
Click to expand...

Did you ever figured out? I’m on the same boat right now and don’t want to go down the rabbit hole purchasing parts to ultimately find out they didn't help with the bounciness.