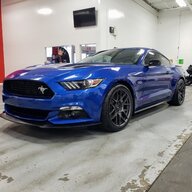 Hi I was hoping to find a good dealership to start taking my car to. I haven't taken my car in yet for anything and it will be time soon. I have barely found trust worthy garages let alone one I would leave my 5.0 at with future problems.

I'm also considering trading up maybe so I am also interested in the dealership who gives the best deals. I am new to all this dealership stuff.

If I have to go to montreal for a better ford dealership for trading up then so be it. Let me know!

I bought my Mustsng and had it serviced at Circuit Ford in Montreal North. I live in the West Island but it's worth the trip over. My father also bought his Lincoln there. Best deal in town and a good friend bought his 2018 Mustang GT from them. I went to multiple dealers with my friend but Dario have him the best price.

The owner Phil is great. I deal with Dario (salesman). Tell him Alex with the Orange 2015 Mustang GT referred you.

Great info, thank you! I will check it out 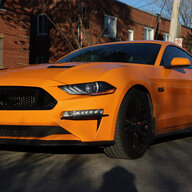 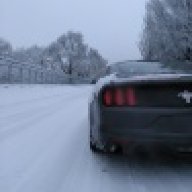 Bought mine at Olivier ford. Worst experience ever. the saleman was a old rude bastard. Few month later i found out they charged the 3.55 and 015a option in double and i contacted them but they replied with a bs answer.

The service was a nightmare. I once complained about a rattle in the rear end of the car on low rpm. So i bring them the car and the day after they said i can come take the car. Once there they said they cant find the problem. So i insist to take the tech with me to show him, finally they agreed to change the cat ( front of the car...) so after few days while driving i lost the muffler because a weld was broken right after the resonator.... When i bring them back the car the techs were reving the crap of the car in the shop, totally not professional imo.

One time i bring the car for an electrical problem in the driver door. The day after i went take the car, and they forgot to clip/screw back the door pannel . It was impossible the tech didnt realised it when he closed the door to park the car in the lot. So 1 hour later after the car is ready and the door pannel is now ok but the small piece that hides the mirror screws is like 3/4'' not clipped/offset. I clipped it myself but you know that kind of bs when they charge 130$/hours vs a small shop that charge 80$/h

They once did an oil change. It had a fingerprint of oil on the inside of the windshield just across the oil sticker reminder. I said nothing but that show the quality of service they do. Even Jiffylube are caring more...


My mother went there once because her car wanst starting anymore. Turns out to be the alternator was bad and they quoted her more than 1000$. So she refused to do the repairs , and they refused to give her the car back if she dosent pays them 500$( for nothing done ). That illegal here in quebec, law is clear, they can charge for the quote/inspection but the customer can refuse to do the repairs. That why some shops charge like 49.99 before giving a quote.


So i then found out about a new dealer at Saint-Basile ( ford kronos ) that just opened and went there for a bigger warranty job as i didnt thust the other one do to it trouble-free. I knew i would have good service because all the employees were new. You know the other dealer (olivier ford) sells a shit ton of car so even if they are bad, they still will have plenty of customer in the shop. I highly recommend Kronos. I was there for a transmission problem. They didnt wrote on the receipt and didnt even brag about it to me but they also did an alignement for free, as i did change both front hub and tie rods ends and didn't had the time to do an alignement so the steering was like +-5 degree off. When i took the car back it was centered. When i came home i did check the camber/toe. Alignements spec have some tolerance but it was right on.

Shit I was going to go to olivier for a warranty problem next spring. I just paid montemorency ford in brossard for nothing (rear sqeak/reverse click they couldn't find which I heard on my way home)
Advertisement
You must log in or register to reply here.
Share:
Facebook Twitter Reddit WhatsApp Email Link