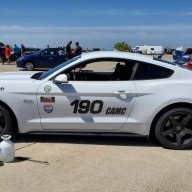 @Dana Pants Agree on the extended arms. You are too far from the steering wheel and don't put much correction in before returning to center and waiting for the stop in the dirt.

Also, I see what might be a mash of the throttle between 11 and 12 secs. At that moment the car has a lot of body roll from the turn around the cone with the steering wheel still turned to the right. Perhaps you didn't detect the wheelspin with right turn going on on the slick surface and it just carried you off the way it did.
2015 Mustang GT PP #190 CAMC

Dana Pants said:
Technically, I’ve done track days and after a few laps the car gets pushy.
Click to expand...

It's entirely possible that this happens because of the feedback loop between the car/driver. Drivers will often subconsciously change their driving to induce understeer if the car doesn't allow him to drive 'normally'. This means an earlier, softer turn-in or maintenance throttle directly on brake release or cranking in a bunch of steering to intentionally break the front free or any number of tricks. This can artificially overheat the front tires and contribute to understeer later in the run. 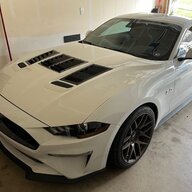 kz said:
No reason to touch brakes for autocross unless you want to reduce weight. And sure as hell you don't want as undersprung car as stock is in autocross if you're already out of FS. It's frustrating to drive.
Click to expand...

I disagree both on pads and suspension.

Pads - Good autocross pads that are consistent cold through hot are beneficial and an inexpensive upgrade.

Springs - Unless you're at the pointy end of the spear, soft sprung teaches you to look further down track. It teaches you to initiate inputs earlier and not be as abrupt. It gives you an opportunity to process and make corrections.

Like Dana Pants Video, initiating steering inputs into the previous two cones earlier with less initial abruptness may have avoided the rear end coming around. Some quick wheel unwinding with a light breath off the throttle may have allowed him to save the spin once initiated.

NeverSatisfied said:
I disagree both on pads and suspension.
Click to expand...

I never see enough time on the brake pedal for it to be an issue. Brake temps go from cold to warm and stock pads work for me in that environment. I don't see anything which I'd call 'hot' during an autocross. A higher coefficient pad might be an advantage in places, but only if it has equal performance when cold.

On the suspension tuning side, what you're saying isn't wrong, but I do think it's incomplete. I've found that the better the chassis is, the better my driving becomes. A car which is more responsive to my inputs allows me to slow my hands and make those inputs in a more composed manner. I find that particularly soft cars don't provide me with enough tactile feedback to be able to really hustle. They're just too vague. It very well may be that this is a personal failing, but I don't think it's an uncommon one. 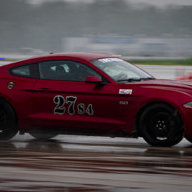 TeeLew basically said what I wanted to say - when do you see brakes being hot in _autocross_ ? Even in ProSolo when you get 4 runs one after another they don't get enough that pad matters - - certainly stock PP pad is more than adequate for that and works more than well when cold. It's literally the last thing I'd worry about. - unless you are trying to play with front/rear balance.

On the suspension - I'm certainly not a suspension specialist, quite an opposite. I've driven FS cars for 5 years. Better then suspension, easier than car is to drive - you only get so many runs, might as well try to do your best - especially since OP wants to go to CAM-C - yeah, I get it's all about fun but it is even more fun when you are somewhat competitive, even if on a local level . Even if you make up for your driving with the car.

I believe I've met OP in person in Toledo, he's not a novice and knows what he wants - he's asking for subjective opinion what's tolerable as a daily driver the way I read it. 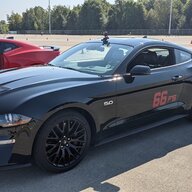 Thanks for the vote of confidence kz! Haha!
I guess the biggest issue here is this:
I'm definitely getting the rt660, I already have the rims to run the 305. I really want camber adjustment for better handling, but a big factor is tire longevity, as the stock angles cause the outside of the tire to get chewed up quick.
But if I'm getting camber plates, and I have to take the struts out and apart anyway, I feel like I should just do suspension upgrades that I want to do in the future anyway


NeverSatisfied said:
go tightening on the nut behind the wheel
Click to expand...

100% I'm always working on something with every race. My #1 priority is looking father ahead, it's been a steady if slow improvement. But I'll usually pick something else to really focus on depending on the course. For example, my last race I focused on the "slow in, fast out" mantra, and when I really exaggerated it, I shaved several tenths off my best time. It was a real eye opener.


kz said:
If you want a comparison you can ride/drive my car
Click to expand...

That would be amazing, especially if I'm only rocking the new tires at the beginning of the season.


kz said:
I get it's all about fun but it is even more fun when you are somewhat competitive, even if on a local level
Click to expand...

This is pretty much exactly how I feel. I'm not going pro, I don't have the time or money. But I'll admit, it does add a certain flavor to see the "T" next to my results

TeeLew said:
Forget about car parts for a moment. Start out by very clearly defining exactly what you want to do. That always makes the path a little easier to find.
Click to expand...

I'm an avid autocrosser, I run in two different regions because I enjoy it so much. I'm upgrading to 305s on a dedicated set of wheels this next season so I'll be in cam-c. This car is also my daily when it's not winter, and I'll be running the stock PP1 wheels and ps4s otherwise, so I don't want to destroy the ride, but I want to upgrade the suspension to something that will improve the cornering. I expect a harsher ride, but adjustability is key so I can change the dynamic between AutoX and daily.
Click to expand...

I'll give you the path I took. My car is probably on the stiffer end of the Daily NVH spectrum, but on the softer end of CAM.

My first task was to reduce suspension bushing compliance. I did this with SuperPro Polyurethane parts. So far, they've been silent. They probably make the least NVH difference. I also replaced the bushings in the rear subframe and differential. I used the BMR poly kit for the sub and their puck kit for the diff. This did make for an increase in NVH, but it also it a noticeable improvement in the feel of the rear of the car. You can probably get a similar feel with the BMR lock-out kit.

Next, I wanted to be able to align the car to reasonable specs. This means camber plates and maybe bolts or reworking the strut holes as well. It's my opinion that the front should be somewhere north of -3 degrees of negative camber if possible. The offset bushing on the SuperPro tension link helps this significantly.

If you're running 305's, then that means 11" wheels and the appropriate 25mm spacers on the front.

I increased the size of the front anti-roll bar to the BMR 35mm one, but I've softened the rear bar to 20mm off a base V6 car. Neither one was a massive difference, but I do think they were directionally correct.

Springs and dampers are the big question. I personally don't care for Konis, but many people like them and they are adjustable. I'd chose Bilsteins as my 'Easy Button'. The B12 kit is non-adjustable and has stock type springs and the B16 kit is a coil-over package with an adjuster on the dampers. I've never been disappointed by a switch to Bilsteins and either would be a good choice depending on your budget. Springs will be a salt to taste choice. Spring rate, NVH and speed all travel the same path initially. How much roughness are you willing to accept? I'd say the first step to about 200F/800R springs is pretty mild. If you get to 300#/in on the front, you'll definitely notice the stiffness over bumps, but you'll also appreciate the new support and crispness in the front end.

At the end of the day, the possibilities with the CAM classes are endless, so it's very easy to get into a scope creep situation which never ends. Try to address the big hitters and then pick and choose at the rest. 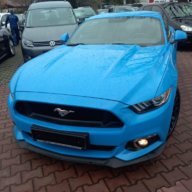 TeeLew said:
It's my opinion that the front should be somewhere north of -3 degrees of negative camber if possible. The offset bushing on the SuperPro tension link helps this significantly.

If you're running 305's, then that means 11" wheels and the appropriate 25mm spacers on the front.
Click to expand...

Over -3 deg front camber is standard issue at autocross for pretty much all classes with sufficient modifications allowed.
2018 GT PP1 CAM-C Autocross Device.

bnightstar said:
I still don't understand why people are using spacers and studs when you can go stagered offsets sure not true rotation but you are doing 305 tires anyway and mounting un mounting 2 tires shouldn't be that expensive no ?
Click to expand...

19x11 et24 are not readily found. The MRR/SVE wheels that came that way are discontinued. 18x11 et24 are rare if not unavailable. The longevity increase from rotating tires is negligible and definitely not worth mounting/remounting.

shogun32 said:
19x11 et24 are not readily found. The MRR/SVE wheels that came that way are discontinued. 18x11 et24 are rare if not unavailable. The longevity increase from rotating tires is negligible and definitely not worth mounting/remounting.
Click to expand...

shogun32 said:
19x11 et24 are not readily found. The MRR/SVE wheels that came that way are discontinued. 18x11 et24 are rare if not unavailable. The longevity increase from rotating tires is negligible and definitely not worth mounting/remounting.
Click to expand...

With rt660 you can time a rotate & flip that definitely extends lifetime. Financially more beneficial if you mount tires yourself.
2018 GT PP1 CAM-C Autocross Device.

I just switched from Konis to a bilstein based adj shock, daily ride is soo much better. Konis were cheap and perform well enough on course tho.

bnightstar said:
If you need -3 degrees or more camber your car is not stiff enough for what you are doing. I still don't understand why people are using spacers and studs when you can go stagered offsets sure not true rotation but you are doing 305 tires anyway and mounting un mounting 2 tires shouldn't be that expensive no ?
Click to expand...