Any recommendation on Dealers in Illinois? 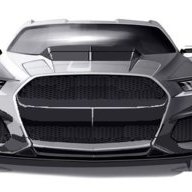 I've had lots of bad experiences with Rizza Ford of Orland over the years. They tend to be rude and ignore you if you don't look a certain way (old and rich). Webb Ford also came across as impolite and adversarial. Unfortunately I bought my first Mustang from them.

Vehicle(s)
4 wheels and a seat

fionic said:
300 below. I'm happy with it. That's what they offered. I quickly accepted.
Click to expand... 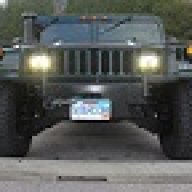 I don't understand how everyone is getting these "under invoice" prices...

I haven't signed my name on anything...are all these people already paying for their cars?

All I did was sign the order slip saying it was what I wanted (but I've made changes to the order since which in my mind would void it...but if not, hey, free Recaro's for me...), wrote a $500 check to order and got a receipt.
Disclaimer: Above comments may require thick skin; do not be offended

Ford of Frankfort is where I have bought all of my Fords in the past and is where all my service work is completed. However when I heard about the 50th LE, I inquired. They told me I was the first on the list and had first dibs. My salesman called me on 5/20 and when I went in there, they wanted $15K over invoice. I passed. I ended up finding my 50th LE at Bill Kay Ford in Midlothian (Priority Code 21, Stock Order). Yes I paid over invoice but far less than the $15K and they treated me like I was a life long customer and have been great to deal with. 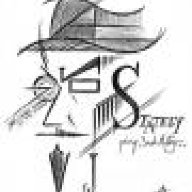 My cousin, Ed Cox, used to own Fair Oaks FOrd in Naperville back in the '60s and '70s. But I don't go there. My Mother bought from Joe RIzza once. But he rivited a metal "Joe RIzza" plate to the fender. I've hated it ever since. Watch out or he may do it to your new Mustang, too.

Best in Northern Illinois is Buss Ford in McHenry. THey have a beautiful GT Premium in black, with no other options, there right now. Give Hunter a call and tell him I sent you.
Turn on, tune in and drive off!
Advertisement
You must log in or register to reply here.
Share:
Facebook Twitter Reddit WhatsApp Email Link