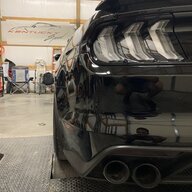 All,
Just installed the Procharger thermostat housing and added coolent back into the coolent tank. Once I started the car back I noticed the heat is not working so great unless I give the engine extra RPM’s. I’m assuming I have some air somewhere in the coolent passage. Any tips on bleeding the air out of the coolent system without a coolent vacuum bleeder? Any help would be greatly appreciated..

Drive it and let it get a good heat cycle. Check level after car has cooled off. If that doesn’t work elevate the front of the car, either up a steep hill or with ramps/jack. Start the car and you should notice the coolant level drop. Ideally you want the reservoir to be the highest point 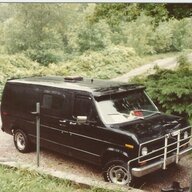 Hello; I do not know where they may be on your car or that your engine has them, but some engines have fittings you can open to release the trapped air. Look at a service manual to see if they exist.

However the engine can be "burped" if you have the free time. After I drain old coolant and do any sort of flush, then a refill can take a day or two. Note I tend to do a flush(s) with distilled water so that any liquid which does not drain out will be the distilled water.

With all drains closed up and the engine ready to be refilled I start to add the proper concentrated antifreeze, not the 50/50 pre mixed. That way if the system has some of the distilled water still trapped I can still get the correct concentration. I find the capacity of the system and have enough concentrated antifreeze to amount to at least half the volume to get a 50/50 mix when done.
Start adding concentrated antifreeze to a cold engine. Add as much as the system will take. When the filler neck is full start the engine and add more antifreeze as the air bubble out and leaves space. Do not run the car too long this way. After the engine get warm a few minutes later shut it off. Have some pure antifreeze in the overflow tank and replace the radiator cap. Then let the engine cool down for a few hours. (I sometime wait overnight)
The next time with luck the engine has pulled some coolant out of the reservoir as it cooled down. That is a good sign the system is tight. Then add as much coolant as you can and start the engine again. Add until the engine starts to get warm and then shut it off doing the same as before. It can take a few times to get the air out.
If you can get all the concentrated antifreeze in then start adding some distilled water. Often tho I wind up adding the last amount of concentrate to the overflow tank. I check my progress during the cycles by touching the heater hoses to see when they get warm. The top radiator hose can be among the last to get warm.

The keys to this way of adding coolant are to not add coolant to a hot engine, to not run the engine too long and let it cool wat down before starting another cycle. I know you can get away with being more aggressive but I try not to be aggressive if I have the time to go slow.

I have added coolant to a hot engine. the thing is to have the engine running while adding the coolant slowly. This can and has worked for me many times. 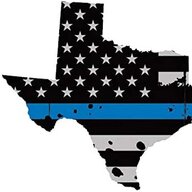 CorvZ061 said:
Drive it and let it get a good heat cycle. Check level after car has cooled off. If that doesn’t work elevate the front of the car, either up a steep hill or with ramps/jack. Start the car and you should notice the coolant level drop. Ideally you want the reservoir to be the highest point
Click to expand... 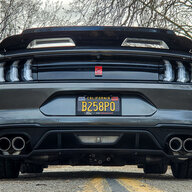 one thing i used to do with my old BMWs is when the car is cold, squeeze the lower radiator hose repeatedly with the cap open and you will get some bubbles to pop up
OP
OP

Thanks everyone I got it squared away!

SJ-KY said:
Thanks everyone I got it squared away!
Click to expand...

Hello; Would you mind telling how you did this?
OP
OP

sk47 said:
Hello; Would you mind telling how you did this?
Click to expand...

Yes I just brought up to temp first then did a rpm cycle where I would hold the RPMs at 3k for 30 sec at a time.. waited probably 2 min in between cycles and did that 4 times.. after doing so heat was back at 100% and the coolent dropped in the tank A touch where the air was pushed out and I topped it off and it’s been great. Now that being said I only dropped the coolent out of the radiator and the hoses in front of the thermostat.. If you drain the coolent out of the motor as well you may need a vacume bleed to push the air out but just unsure because my thermostat never came out..
You must log in or register to reply here.
Share:
Facebook Twitter Reddit WhatsApp Email Link