Buy it back from insurance and resell. You'll make out better in end. Or fix and drive the crap out of it. My GT and Focus RS are both auction cars that I fixed. Now I don't worry about anything happening to them. 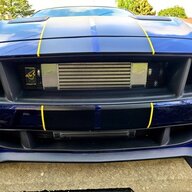 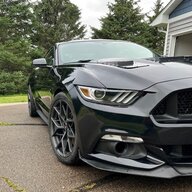 460Fred said:
Not surprised the op wants to sell after it’s repaired.
I’m 64 years old and was taught at a very young age that with this kind of damage your car will never be the same.
Today with modern repairs, my old thought process may be just old wives tales.
Other thoughts???
Click to expand...

I would be amazed if a body guy trying to beat the book by as much as possible would do anywhere near as good a job as the factory robots. And paint/body repairs are never 100% when some panels are left alone and others are painted.

I would consider keeping the car. But the thing is, I like to use my cars hard and I see owning a repaired car as somewhat of an advantage. I wouldn't feel bad about tracking it or driving in any kind of weather.

The OP may be more of a preserving type of guy and doesn't want to own a car that is so far from perfect. Then it makes sense to replace this with some creampuff car previously owned by another person like himself. 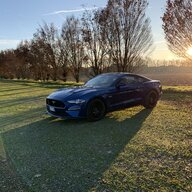 Come on guys, there is a plastic bumper and some crumple zones (designed to be crumply) to repair.

Fenders are not even bent.
Spare parts are sold for a reason.

I throw in the towel and unwatch the thread. 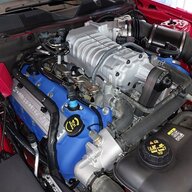 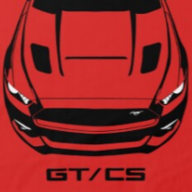 In all seriousness though, super sad to see this happen. Hope everyone involved is okay. 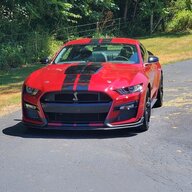 Sorry for your misfortune.
Luckily nobody was around.
Seen pple die from silently rolling vehicle in a driveway.
[A colleagues mom, after his dad failed to apply parking brake on their RV, in a slight grade situation. Maybe ~5 mph tops].

Its now a candidate for becoming a racecar,
in our world. Everyones world is different.
Hopefully the overall outcome is to your satisfaction.
Again, sorry to see this. Glad nobody's hurt thou. 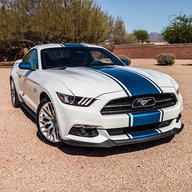 Nfs1000f said:
I have done many boneheaded things in my life. My point is I just don’t tell people across the Internet about them.
Click to expand...

POIDH
When in doubt, yes I am probably joking. 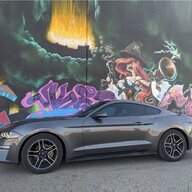 sirben711 said:
Without a doubt, the 10R80 is the worst transmission I have ever used.
Click to expand... 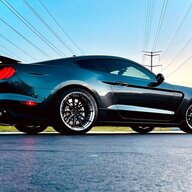 Had the exact same thing happen to a 99 Cobra but it was the rear end that hit the tree. It's a scary feeling coming out to the garage and not seeing the car...and then realizing where it went.

Shit happens, and at least it didn't hit anybody

Seeing that sucks but sh!t happens. Sometimes we forget simple stuff like that and the car just rolls. Def done it before although nothing like this. Hope you get it squared away. 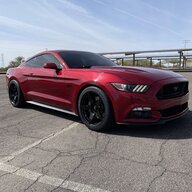 At least you didn't drive it into the tree.

Are you sure there weren't some people taking a hike in the woods a little way down? That might explain the mustang moving...

Also I found this funny: 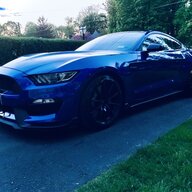 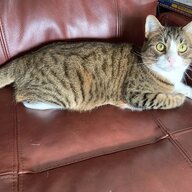 I worked at a dealership 10+ years ago - there was a 08-09 or so GT500 sitting out back behind the body shop - the RH side was all caved in at the door, car was wrapped in plastic.

Story goes - guy bought car, paid cash, immediately slid it into a tree with no insurance. Car wasn't registered or anything. Owner never did anything with the car.

So they went to the junk yard, cut a V6 Mustang body in half. They cut the GT500 in half at all the factory spot welds, etc. Then they put the two together, reassembling just like from the factory. Car needed a passenger seat, door panel, door, and a new dashboard. The dent in the roof on the GT500 popped back out once all the tension from the bent side was released.

The car looked and drove like a brand new one, had a clear title, etc. The owner had a photo album full of pictures he would show people.

From that point on, I never felt that "it's never the same" thing ever again. 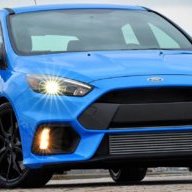 "Definitely have to sell her once she’s fixed"

Nahh - fix and turn into track rat.
The 7 Deadly Sins: Wealth without work; Pleasure without conscience
Knowledge without character; Commerce without morality
Worship without sacrifice; Politics without principle, Science without humanity
.[sigpic]40856[/sigpic]
You must log in or register to reply here.
Share:
Facebook Twitter Reddit WhatsApp Email Link