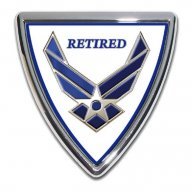 I have a Steeda tuned, 2018 Ecoboost, and 10 speed automatic. I have the 3" off road catless down pipe, 3" MBRP Catback Exhaust, Airaid CAI, Turbosmart; Kompact Shortie Recirculating Blow off valve, and a Mishimoto Intercooler.

I have always had a P0420 "Catalyst System Efficiency Below Threshold Bank 1", since installing the downpipe, but recently the P018B, "Fuel Pressure B Circuit Range/Performance" code appeared. I identified the sensor, located, front drivers side, and behind the belt tensioner. I found fuel residue on the sensor where it screws in, and I tightened it slightly.
I cleared the codes and took it for a test drive. The vehicle drove fine, shifted fine for two or three miles...then I decided to get on it, like I have in the past and man that thing hooked up like never before, but jerked hard a few times, which has not happened in the past. I stopped, put it in Sport Mode, and again got on it with only a hard shift in about sixth gear. I placed it back into drive, and acted responsibly.
I stop and took off normally and then all of a sudden, when I reached ten MPH it acted like the transmission was trying to go back into first or second gear. I stopped and made sure no hoses came off of the engine and for any possible leaks, and found no issues. I proceeded to put it in drive and again at ten MPH, it did the same thing as if it was trying to downshift into first or second gear, instead of up shifting. I drove it backwards reaching a little over ten MPH and nothing happened.
The P018B, code never returned, but now I have this issue with the transmission.
Will placing the stock tune back, correct any issues with the PCM? There are no codes, other than the P0420.

I thank all of you in advance for reading my rambling, and any help would be greatly appreciated.

dbeeche said:
stop and took off normally and then all of a sudden, when I reached ten MPH it acted like the transmission was trying to go back into first or second gear.
Click to expand...

why wouldn't it STILL be in 1st gear at 10mph? Something is wrong with your description. Doesn't your dash show what gear it is in at all times? Or failing that slap an OBD reader and find the PID for gear and throttle commanded and see at what pedal percentage it seems to be acting up.
OP
OP

I'll try to get that pedal info, if I can. The car wants to almost completely stop and feels like the rear wheels are locking up. Max speed is 10 MPH when it does it. Also sounds like it want to shutoff, and makes a starving for air sound then idles and I can go 10 MPH max and does it again. I'm trying to give the best explanation as possible.

I would take it to a mechanic ideally with a dyno to look over. But sounds like fuel cutoff. In response to bad sensor readings? We already know you've been experiencing those.
OP
OP

Yes, sir I agree with you. I replaced the sensor near the fuel pump, back of the engine, purchased from FORD - BU5Z 9F972 B, CM5250. The code P018B never went away. There is also the fuel rail pressure sensor, BOSCH 0261545081 or FPS70 part number, left front engine under intake. I have that sensor ordered and it should be here Monday. The issue seem to start when I noticed the fuel residue on the sensor and tightened it...maybe it created a little more pressure and caused the issue. If that fails, I'm going to the experts involved from STEEDA as those guys are pretty smart with this stuff.

shogun32 said:
I would take it to a mechanic ideally with a dyno to look over. But sounds like fuel cutoff. In response to bad sensor readings? We already know you've been experiencing those.
Click to expand...