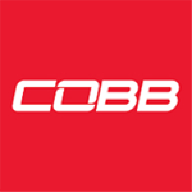 Updates have been made to the Ford platform! You can now update your Accessport to firmware 1.7.3.0-13337 to take advantage of USDM 2017 Mustang EcoBoost support along with several COBB Custom Feature improvements! Read on for all the details.

New vehicle support has been added for several international EcoBoost Mustangs and the 2017 USDM vehicles. These vehicles are all now supported with the AP3-FOR-003 Accessport part number.

Maps for each of these vehicles include:

Several custom features are now user adjustable through the Accessport for all EcoBoost Mustangs, Focus STs, and Fiesta STs. These adjustments include changing map slots, turning custom traction control on/off, and adjusting the amount of slip the custom traction control enables. These adjustments can be found in the “Tune” → “Adjustments” → then select which CCF you’d like to adjust shown below.

It’s important to note that CCF Accessport Adjustment feature is dependent on the calibration file being used. The Traction Control feature must be enabled via custom tune. Map switching must be enabled via custom tune, or in some cases the OTS map may have the feature enabled. Visit the Map Notes for your vehicle on more details on whether your OTS map contains adjustable map slots.