Prices for Canada (from user Ven0r): 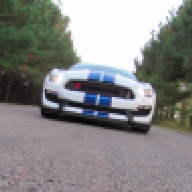 It was posted on a Facebook page. The gentleman said he had just received this from his ford dealer he has a down payment with.

Man if these are the actual prices then this car will be a real deal!!!!
2017 Shelby GT350 R
White/Blue Stripes
Electronics Package
Car Cover

Give me a moment, he just sent me the email.

I just checked and the pricing apparently was just released...Enjoy.

Location
Where I live 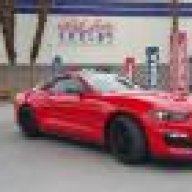 Looking for an amazing performing daily driver, so.... All I really need is the Tech Pack so under 60K?!?!

Am I the only one who would really appreciate a RED BRAKE CALIPER option?
CURRENT: 2016 Race Red GT350-g0249 Tech Pack-Black roof Black Stripes G0249 Cat Back Magnaflow NAME: LUCY cuz Lucy was a redhead and I LOVE LUCY! Oh & LUCI-FER!

Am I the only one who would really appreciate a RED BRAKE CALIPER option?
Click to expand...

A can of red caliper paint can fix that

There are some issues with this...

Look at the order guide for the GT350 that GallopingFord posted...the GT350 has a ® behind it. This one does not.

Not saying it's fake, but I am saying it's not usually Ford's thing to be inconsistent when it comes to legalities. 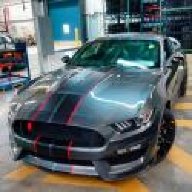 Its strange that its called a shelby cobra gt350 up top, when in the recent order guide its not called that. but also the dates are the same on both the order guide and this supposed price list.

also the way the series code column and the option code column do not line up make for a sloppy looking document. idk i hope its true but im still skeptical.