We now have our first quality photos of the 2015 Mustang's interior, providing our first look at the prototype's undisguised center stack. Our latest reveal goes deeper still with a quick look under the camo--taken from an inside-out perspective--revealing some never-before-seen elements of the Mustang's roof line and C-pillar design.

Modernized Center Stack
We came upon a Mustang prototype at rest, and managed to get our first look at the next-generation, S550 Mustang's modernized center stack. The new 'Stang looks ready to utilize the full suite of Ford's in-car infotainment technology, with a large LCD screen sitting atop the stack, and an orderly collection of buttons and switches residing below. We're pleased to see a simple volume knob, and no sign of capacitive-touch sensors.

Button Breakdown
Volume and menu functions sit at the top of the button array. Next down are the HVAC controls, flanked by buttons for heated--and cooled--front seats. The bottom row of buttons contains the Start/Stop button, a toggle switch for the hazard lights, and another toggle switch that appears to be for traction control. The rest of the lowest row of switches is unfortunately blocked by the test driver's computer. We also see an early, unfinished shift knob with a round, ball-head.

BLIS (Blind Spot Information System)
The driver side view mirror reveals that the 2015 Mustang will also be equipped (or optioned) with BLIS, Ford's blind spot detection system. The graphic you see on the mirror matches that of the BLIS mirrors from other current Ford models.

C-pillar Details Revealed From Within
Given the very heavy camouflage applied to the roofs of the Mustang prototypes, we realized that the only way to get a feel for the styling below was to see it from the inside. We took advantage of our ten-second peek inside the 2015 Mustang, devoting a few seconds to grab some shots of the rear seats. The result was telling, revealing the final shape for the rear quarter window, and giving a better feel for what the true roof line is doing under all of that camouflage. Wow!! Huge leap forward with these pics. You guys are awesome, thank you for these.

And hallelujah the mysterious quarter window shows its shape!

REALLY liking what I see so far. Just the right amount of buttons and screen.

Look how tiny that rear window is and it looks like it's all due to the much more tapered roofline at the C pillar.

wow, amazing pictures... thanks to everyone involved!

Looks like a very small back seat area judging by the quarter window size. Man I wish you got a shot of the back glass to see where it ends , tho you can make out where the top of the rear glass starts 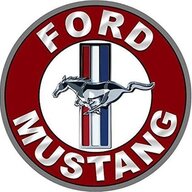 And an engine push button start! Looks like it is still a nice fast back from the shape of the rear glass. Also the side windows look cool! 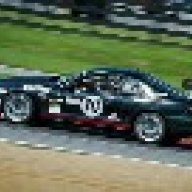 I really like the toggle switches.
The seats don't have a fold down headrest like the previous gen. Makes me wonder if the rear passengers will sit lower. Not that I really care I just didn't like the previous headrests.
2017 Ruby Red GT350 H6022 | NASA American Iron Coyote Cobra SOLD

Any chance those toggle switches will make it to production? That's a nice touch, giving it a slight cockpit feel.

I like the shape of the quarter window, but I bet it's useless to see out of. Just means we'll have to use the blindspot mirrors when we're cutting off Camaros.

Terrific! What a huge improvement all around. This is clearly an up-market model.

Lots of things to note here, including the new-gen entertainment system with separate volume (and probably tuning) knobs (not used on the new MKC according to it's latest spy pics).

Good to see the absurd rear headrests eliminated - so many current Fords you can't even see out the back window. Lets hope the front seats headrests are usable by humans too.

And lets hope the cheap hard plastic on the interior and doors has been replaced as well.

And that 3D-printed shift knob... looks like the vendor didn't have that part ready in time. And the "paddle" shifters aren't paddles at all... they are cheap little buttons. They will be as hard to use in this as they are in other current Ford's.

We'd seen the general shape of the rear window in one previous pic, but it was interpreted wrong by some folks (thanks to the camo hiding it's true shape). This clarifies it.

I'm liking the steering wheel. Also that solves the mystery of the left and right stalks. Right one indeed for wipers.

What I really wanna know is what trim are we looking at here? Jarstang, do you know?

If this is the base and it comes standard with all this center stack I doubt they will be able to keep the base price down where it is. 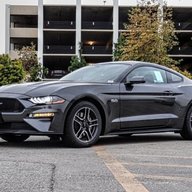 Pretty sure that's a toggle switch for traction control, not launch control. That's awesome though because this way, you can keep it off all of the time without having to turn it off every time you start the car (in theory).

From what you can see, it looks really nice. The only thing that has me worried is that roofline has an awfully steep angle to it in the back seat. I hope they didn't sacrifice back seat headroom for exterior looks, like Chevy did on the Camaro. Adults that have to sit with their heads cocked to the side in your back seat always walk away with a bad impression of the car. Just sayin'....

Good work getting these! Now, about getting us a look at that azz?