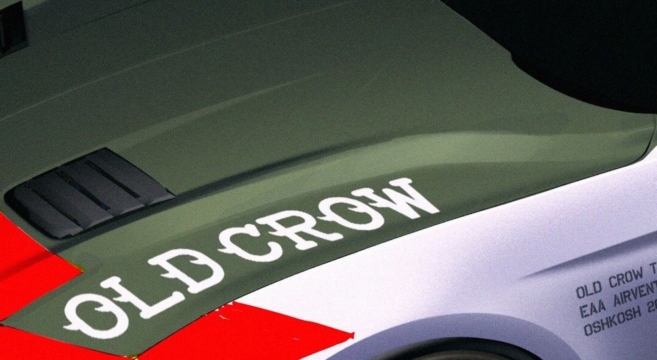 Ford and Roush Performance have collaborated on an “Old Crow” Mustang GT build.

Built by Roush Performance to mark the 75th anniversary of the Allied invasion of Normandy, the “Old Crow” Ford Mustang GT will be auctioned July 25 at “The Gathering” annual auction during the Experimental Aircraft Association’s 2019 AirVenture in Oshkosh, Wisconsin. All proceeds from the auction will be donated to the Experimental Aircraft Association’s Aviation Foundation, which encourages and educates the next generation of pilots.

Look for the full reveal of the “Old Crow” Ford Mustang GT in the coming weeks. For now, here’s a preview peek.