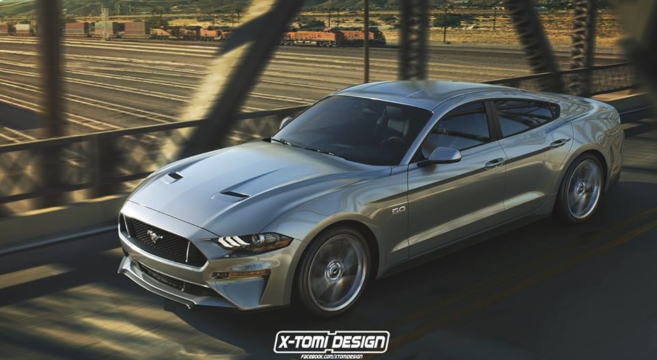 Ford held a major dealer event this week in which it previewed the 2020 Shelby GT500 (leaked here), and the company also dropped a few major hints at what is to come for Mustang.

More notably, dealers were told that the 4-door Mustang will come with a turbo V8 and is aimed at competing with the likes of the Porsche Panamera and Audi A7.

This tidbit makes it possible that the 4-door Mustang will be distinct from and a separate vehicle than the formerly-Mach1 SUV, which Ford announced would be a full-electric SUV taking cues from the Mustang.

Certainly, it gives us hope that Ford is laying the future groundwork for Mustang and the V8-engine is still very much part of that.

Join the 4-door Mustang discussion inside.