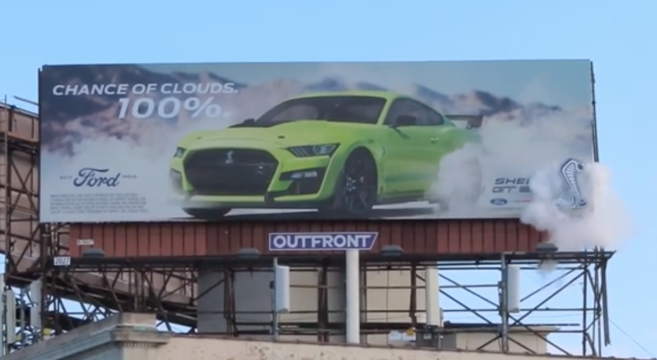 This creative 2020 GT500 billboard was recently spotted at the Woodward Dream Cruise in Detroit.

The billboard reads “100% Chance of Clouds” while bellowing out smoke to mimic the burnouts that the GT500 will easily be able to do with its 760 horsepower and 625 lb-ft of torque! Watch the cool billboard in action here.