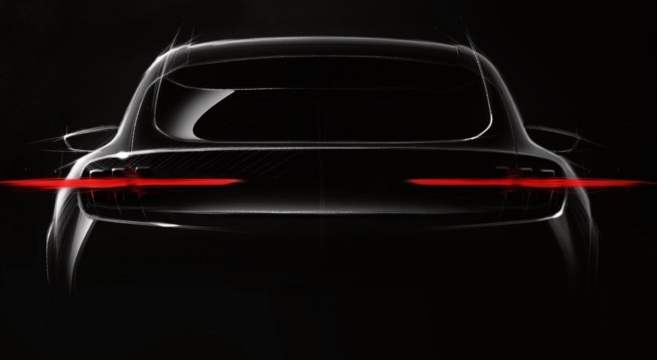 Ford has just given us a first look preview of its upcoming Mustang-inspired performance electric utility vehicle.

The teaser shows a rendering of the rear end of the new battery-electric crossover wearing the unmistakable tri-bar Mustang taillights, muscular hips and narrow cut decklid panel.  The one distinctive difference is the SUV’s higher roofline.

As previously reported, Ford originally floated the “Mach 1” name but after strong negative feedback from the Mustang6G community, and other Mustang enthusiasts, the company has wisely decided to opt for another yet-undisclosed name.

Details are scarce on the vehicle but Ford has told disclosed that it will have a range of more than 300 miles and is due for production in 2020.