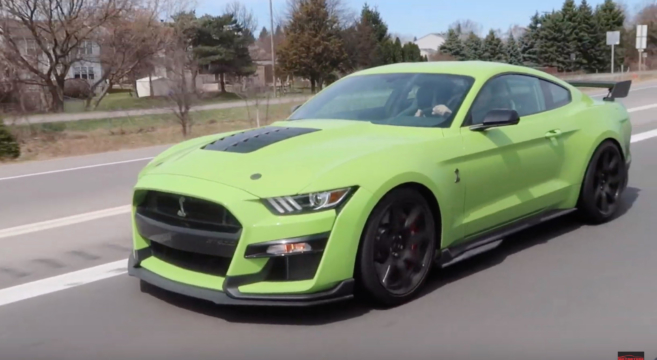 The 2020 GT500 Mustang would draw attention on the streets in any color, but put two of them together in Grabber Lime and Velocity Blue colors and cellphones are sure to be out.

That’s the scene captured in these videos when two GT500s were spotted on the streets and highways in Michigan, giving us some listens and  looks at the 2020 GT500 in motion.