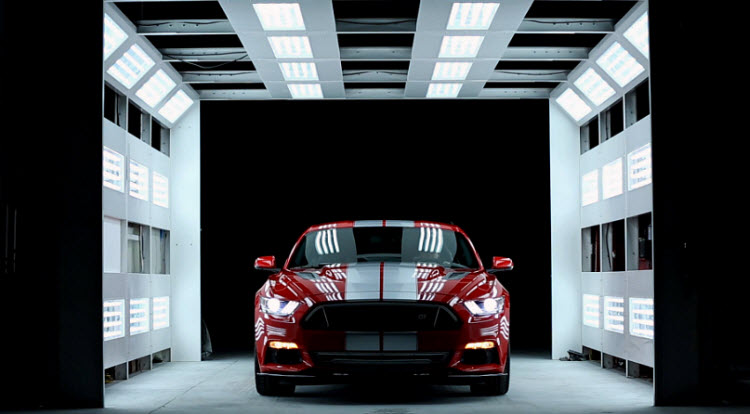 Stay tuned tomorrow for more details on the new 2015 Shelby GT, Shelby American’s modified take on the 2015 Mustang GT, which will be officially announced tomorrow.

If you recall, a prototype of this vehicle was spotted out in the wild last month during a photo shoot in Palm Springs, California.

To make it official, Shelby American will be live at Barrett-Jackson Scottsdale tomorrow, January 16 at 1:00PM MST (3pm EST) and will be live streaming the announcement on its YouTube channel.

As to be expected, the 2015 Shelby GT package should include a host of exterior, interior, suspension and mild performance upgrades to the stock 2015 Mustang GT.  If it follows history, we may also see a GT/SC supercharged version.

For now, Shelby American has left us with this teaser VIDEO which aptly states: