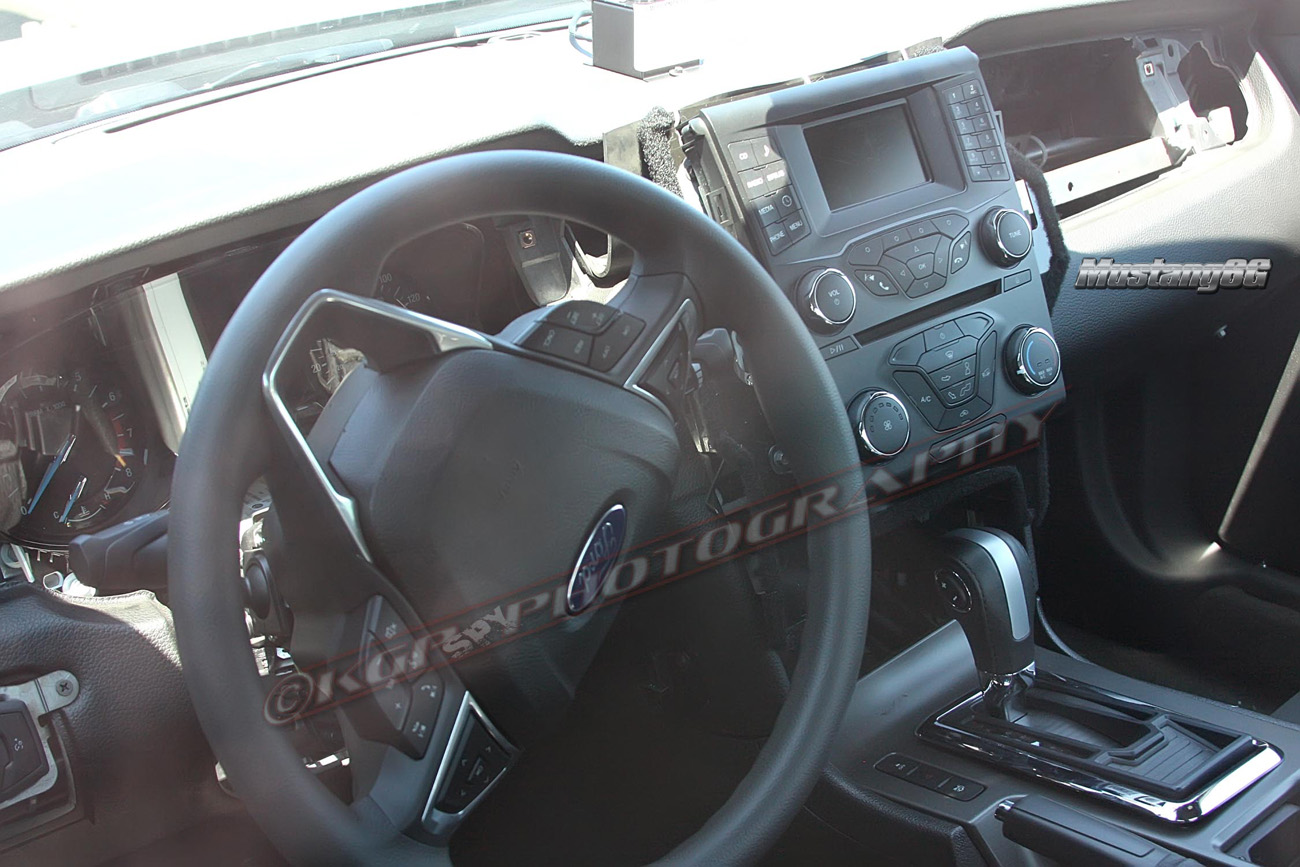 The next generation 2015 Mustang has been spied again and the latest pics [full gallery] might be a first look at part of its center stack. The mule’s interior is very raw, but a very non-Mustang center stack control set-up is screwed into place.

The mule is also outfitted with a new steering wheel, taken from the 2013 Ford Fusion. The new wheel allows for more infotainment and connectivity options, which means that when its wired to a fresh, modernized interface such as the unit inside this mule, the Mustang will likely take a step forward in the user-interface department. The screen is on the smaller side, given the trend toward larger displays, but this model is also outfitted with a conventional button array, so something like an upgraded MyFordTouch interface may bring with it a bigger LCD.

The 6500 RPM redline coincidentally matches the redline of the 2013 Focus ST.  This could indicate that the mule we’re looking at is testing with a 2.0L Ecoboost 4 cylinder turbo direct injection engine.  The Focus ST makes 247hp / 250 lb-ft torque.

The exterior shots show a mule without any sort of grille-work, giving us a peek a bit further back toward the powerplant. We’ve looked for obvious signs of turbocharging, but as far as we can tell, we don’t see a smoking gun for the Ecoboost here. Ecoboost is rumored to be in the next Mustang’s product plans, but word is that it will be the 2.0-liter unit, and not anything upsized like the 3.5-liter V6 Ecoboost engine.

There are also more photos of the Mustang mule’s undercarriage, revealing the next gen’s Independent Rear Suspension in detail.

Don’t pay attention to the exterior styling as that’s just a current Mustang body on the next generation chassis for testing purposes.